The Price We Pay For Negligence 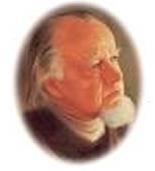 “If the majority of Christians persist in their complacency, we will increasingly lose our freedoms. ”

As I state in A Christian Manifesto, America was greatly influenced by Reformation ideals. This is not to say that all the founders were Christian. Nor that the Christians were totally consistent in their political theories. However there was a Christian underpinning which distinguished America’s birth from the French and Russian Revolutions. Even the non-Christians recognised a Creator who gave the “Inalienable rights” in contrast to man or the state being the giver of those rights.

Today, however, we are a nation “under man”- centred around man’s self-appointed autonomy, governed by man’s fluctuating opinions and chiefly existing, it seems, to give man personal peace and affluence. In other words, the Judeo-Christian ethos, based on God’s absolutes, has been supplanted by a secularistic, humanistic, arrogantly arbitrary philosophy.

This worldview is spreading rapidly, and our legal system is a prominent perpetrator of it. Law in this country has become situational law, controlled by a small but dangerously powerful elite. The courts are dangerous because they pontificate arbitrarily what they personally consider to be “good” for society, yet they demand – and aggressively enforce – absolute allegiance to their arbitrary decrees.

But what did we expect?

The humanistic, secularistic thinkers have merely carried their philosophy to its logical end. They have remained true to their worldview in both words and actions while, unfortunately, Christians have equivocated. They simply have not taken the Lordship of Christ seriously.

Instead, Christians have largely shut up their spirituality into a small corner of life Sunday church or their Bible studies instead of realising that the Lordship of Christ is to permeate the whole spectrum of life. They have coasted along complacently, often serving up such dogmas as “you can’t mix religion and politics,” or “you can’t legislate morality,” or “we just need to pray and witness to people” – when what they really meant was we just don’t want to be disturbed.” They were content in their “comfort zone.”

But Christians are paying for their negligence. We have permitted the dominance of a philosophy that sanctions the killing of an unborn child for the mother’s convenience. A philosophy that deems it acceptable for parents to allow a “less than perfect” newborn child to die -again, because it is convenient. A philosophy that can talk of euthanasia of the aged and a general devaluation of all human life. A philosophy that has euphernized a wrong and self-destructive sexuality into “alternative life styles.” A philosophy that drives its proponents to unashamedly seek the banishment of all religious influence from the stream of public life, leaving a totally relativistic value system and law.

This secularistic worldview has engulfed every area of society which Christians have chosen to ignore – the government, the courts, education, the media. And it is now threatening the areas which Christians naively took for granted as being beyond its reach: the family, the Christian school and the church. More and more the state is opening the door to restrict the free exercise of our faith through increased regulation. And if the majority of Christians persist in their complacency, we will increasingly lose our freedoms. Christians largely sleep on, as step after step is taken.

It is not too late to change this destructive situation, but it is too late for mere words. It is time for Christians to fight this materialistic, humanistic tide and provide Christian alternatives. It is time that we came out of our cloistered, compartmentalized existence and took our place in the political and legal arenas.

We must continue to pray and witness to people of salvation in Christ. But we must also fight for the sanctity of human life, fight for the protection of the family, fight for the proper education of our children, fight for our right to speak and worship freely, and fight for a church that is bound to the tenets of God and not the state as though it were an autonomous authority.

We must protest. We must resist. Yet we must not move with zeal without also moving in wisdom and scriptural authority. We must understand how God’s Word applies to the whole spectrum of society, and we must know how to use our constitutional channels to work toward change.

We must use the law effectively in the coming years if we are to see any positive change. Our system of law has veered so far from its original mooring that it is going to take aggressive challenges in the courts to thwart the destructive trends. We cannot afford to sit back and allow humanism to increasingly roll over us.

That is why I am glad to see organizations such as the Rutherford Institute come into being. If there is any hope, it is in doing the faith. And by doing the faith, we can be the witnesses Christ desires.

Have a nice day,